10% of MCC’s operating budget is allocated to missions. Approximately ½ of our supported missions are local and the other half are overseas.  Here’s a summary of where your missions dollars are going. 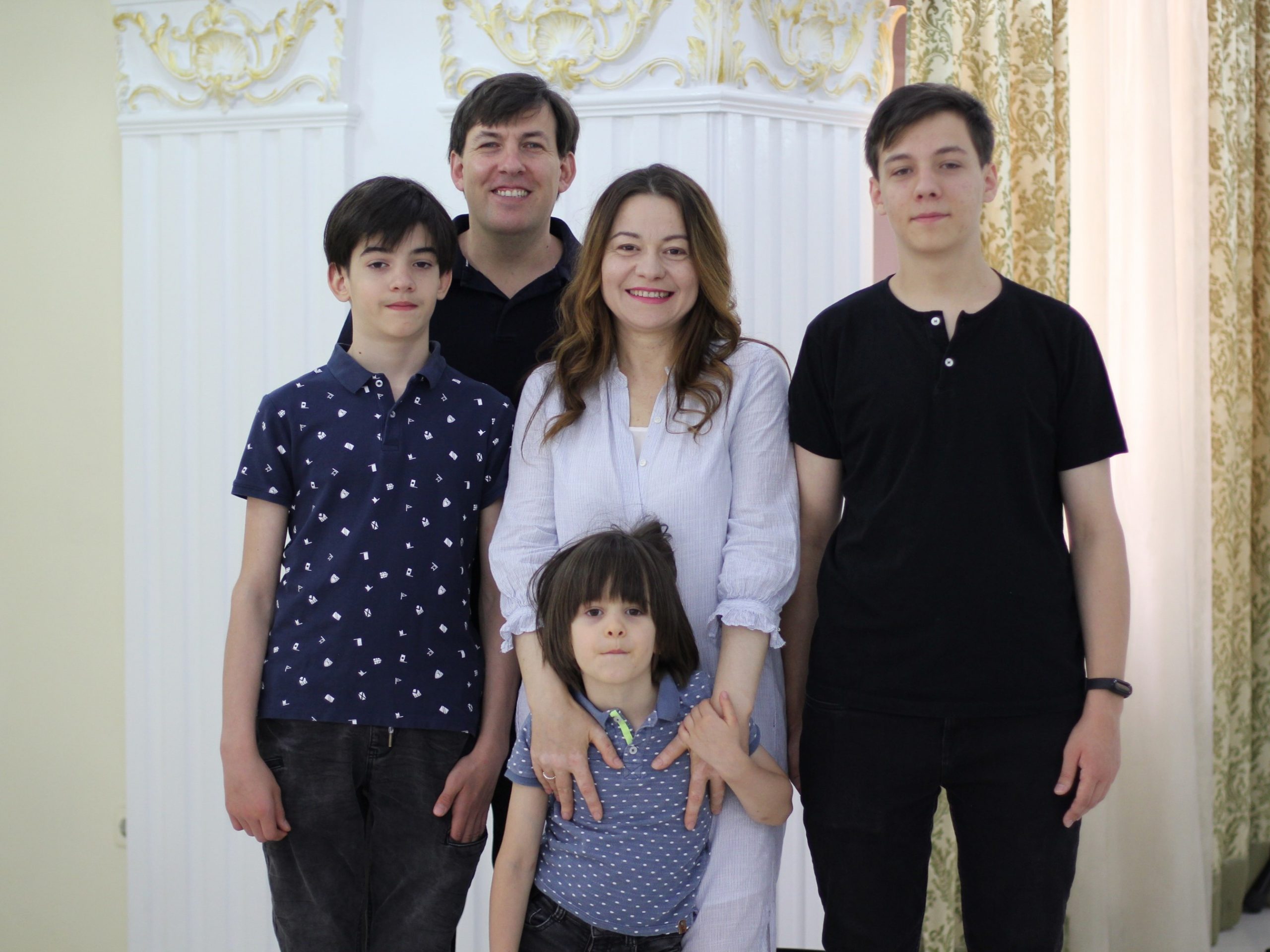 Andreii Writes: Thank you for your prayers!

After 10 years, I participated again to a summer student project. How glad I was! How wonderful it is to spend a week with the students, away from the city, spending 18 hours a day together. I felt like a student again. You know that in 1997 I met the Lord in a similar camp; this is always a special time. This year, there was an English project involving 67 people, six of whom were Americans, who taught English, had personal meetings with students, and shared the Gospel. The goal of the project was to evangelize non-Christian students as well to strengthen those who had recently come to faith. We were greatly helped by our students who are key volunteers!

A special moment for me at this project was the game "Real Life". Students had to visit about 15 stations across the camp, where they had to live their lives, choosing education, work, spouse, and many other problems and happy moments to go through real life. I was at one of the stations, having a very important role: God Himself! My role was to talk about Christ and to find out what students  are already believers. I chose the farthest place in the camp: at the soccer gates. It was a very symbolic place: students had to look for God (it wasn’t easy to find me), and the gates played the role of entrance into the kingdom of God. During 2 hours of play I was visited by 32 students. 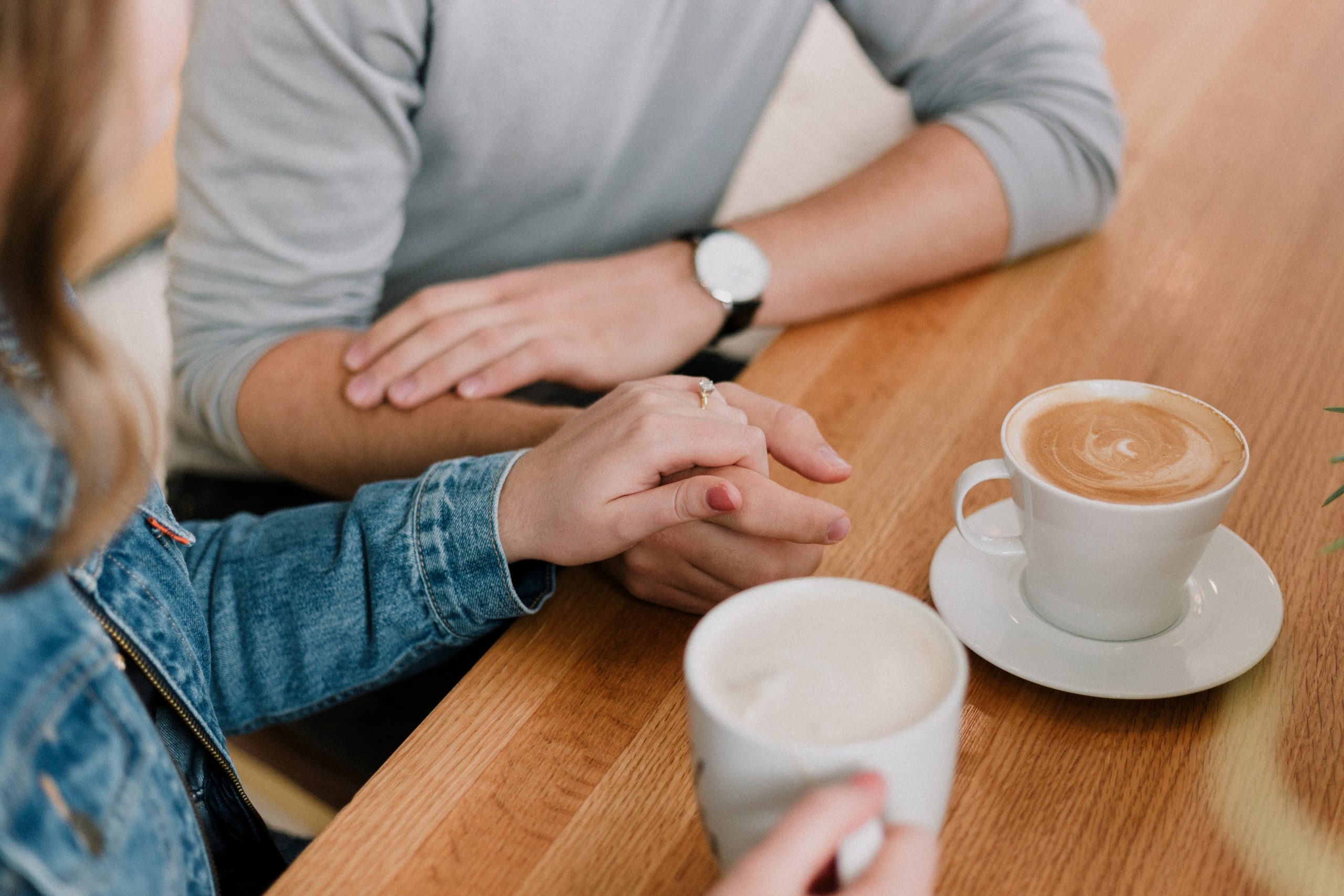 CCTC continues to offer Biblical training and counseling classes year round in Richmond and surrounding areas.  CCTC uses Biblical principles to teach, train and counsel.  CCTC encourages people to use Scripture to resolve personal and inter-personal problems and to be available to help others to apply these truths in their lives.  In addition to the regular schedule of classes, in the past year CCTC has sponsored seminars on Overcoming Fear and a Parenting Conference with Dr. Alex McFarland. Over the summer CCTC Counselors started leading an abortion recovery 10 week Bible study, the next session starts October 15th.

CCTC is also counseling children and youth in an after school program with Youth Life Foundation of Richmond.  Another opportunity may soon be upon us, providing Biblical counseling for the homeless at Moments of Hope Outreach.

Nancy Bishop and her colleague Mary Peterson have ministered to the Maniq tribe, a group of forest people in Southeast Asia. Nancy and Mary began their 30+ year assignment teaching linguistics in a university setting, but left the large city where the university was located for a smaller city to be near the Maniq.

Nancy’s initial efforts focused on language development with a view to translating the Bible into the native Maniq tongue.  In recent years however, it became evident that a more effective way to evangelize the Maniq was through The Story Project.  In The Story Project, oral versions of the major stories and themes of the Bible (Creation, Fall, the Flood, Redemption, etc.) have been recorded so that the Maniq can listen to them, learn them and share them with their own people.

The Maniq are a nomadic, hunter/gatherer people who move around the mountain forests of their country.  They live a primitive lifestyle by American standards.  A major source of their income is from herbs and roots that they collect and sell.  They live in small groups of several families, and because they move around a lot, aren’t always that easy to locate.  Going to see them has often involved a physically demanding and strenuous trek into the mountains over roads that are more like paths!

Currently as volunteers, Nancy and Mary are passing the ministry baton on to Thai churches who will carry on the work.  They are continuing to provide for the educational needs of one Maniq family.  Lastly, they are re-recording some of the Story Project stories into the local dialects for easier comprehension. 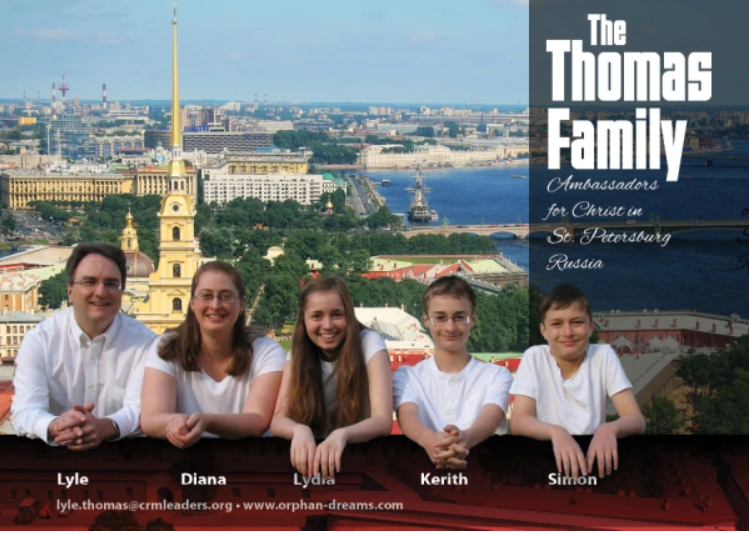 Lyle writes: Our goal is nothing less than the reformation of society through bold mature Christian leadership. To this end, nothing but intense investment in key emerging local leaders will get us there. Moreover, we don’t just want to find individual leaders, we seek profound levels of teamwork from these leaders so that a synergy of gifts and complementary ministry can happen.

Our target audience, currently, is change-hungry Christians from across the denominational spectrum. We have had conservatives, Pentecostals, and Lutherans in our mix. Russia has an orphan spirit that creates both literal orphans and destroys the fabric of family.  Spiritual fathers beget healthy biological fathers who create healthy families.  By creating a team of leaders (fathers), we seek to partner with Christians in leadership in every sphere of the community to bring visible transformation. The whole Church must take the whole Gospel to the whole of society.

We are already seeing lives radically impacted, marriages saved, and even miraculous physical healings. We teach, model, and practice discipleship of spirit, soul, and body. The result is a completely new level of peace, freedom, and effectiveness in life.

From Rich: With the success of the first sample film, especially in North Africa (dubbed into Arabic it received 250,000 views in 2 weeks), I realized that what we are doing can reach way beyond  Turkish Muslims to potentially the entire Muslim world partnering with those doing distribution and follow-up. To that end, to reflect this larger vision, I am renaming the work, Ten40Films. Under this new name, the multi-episode "Jesus of Istanbul" short film series will be our next project.

I was encouraged that 2 groups in Turkey are using the sample film on their websites with follow-up. Two other groups said they would use future, "Jesus of Istanbul" episodes. Also, a teacher at a local church told me he has used our previous films to introduce his sermons.

I had a college intern work with me for a month. We are not in a production cycle but it was fun having him here.

The story of the Good Samaritan (Luke 10:30-37) gives a clear picture of God’s desire for us to help those in desperate need wherever we find them. After describing how the Samaritan rescued a hurting man whom others had passed by, Jesus told His hearers, “Go and do likewise.” For over 50 years, Samaritan’s Purse has done our utmost to follow Christ’s command by going to the aid of the world’s poor, sick, and suffering. We are an effective means of reaching hurting people in countries around the world with food, medicine, and other assistance in the Name of Jesus Christ. This, in turn, earns us a hearing for the Gospel, the Good News of eternal life through Jesus Christ.

Mission Statement
Samaritan’s Purse is a nondenominational evangelical Christian organization providing spiritual and physical aid to hurting people around the world. Since 1970, Samaritan’s Purse has helped meet needs of people who are victims of war, poverty, natural disasters, disease, and famine with the purpose of sharing God’s love through His Son, Jesus Christ. The organization serves the Church worldwide to promote the Gospel of the Lord Jesus Christ.

Samaritan’s Purse – About Us (samaritanspurse.org)

In 1988 several congregations, in concert with the Chesterfield Colonial Heights Department of Social Services came together to form an alliance to address the unmet emergency needs of residents of our community.  At that time our local Department of Social Services was seeking opportunities to collaborate with local congregations to assist their workers in securing resources beyond those that they were mandated to provide.  Additionally, our member congregations desired a vehicle to help avoid duplication of services.  The founding group recognized the need for united approach to discern genuine acute needs from chronic ongoing needs.  CCHASM was born out of this meeting and today continues its mission of providing emergency assistance to area residents in Chesterfield, Colonial Heights, Dinwiddie, Hopewell, and Prince George.

MCC continues to be an active member of CCHASM and will be again supporting the Thanksgiving Food Drive.

Ministry to Urban Richmond. They have a variety of programs including Job Help Programs, Reading for Kids, Summer Enrichment, Family Festivals and more.